Second Generation promotes the political engagement of immigrant communities that have not been fully included in the political process where they live.

“As the child of immigrants from India, I am proud to have earned the support of Second Generation. The First Senate District is increasingly diverse and comprised of immigrants from all over the world. As a child, I learned the importance of hospitality, refuge, and asylum, and the need to have solidarity among immigrants and people of color, regardless of documentation. I’m committed to fighting xenophobia, racism, and ignorance at a local level, and to expanding the public goods and services available to all people.” 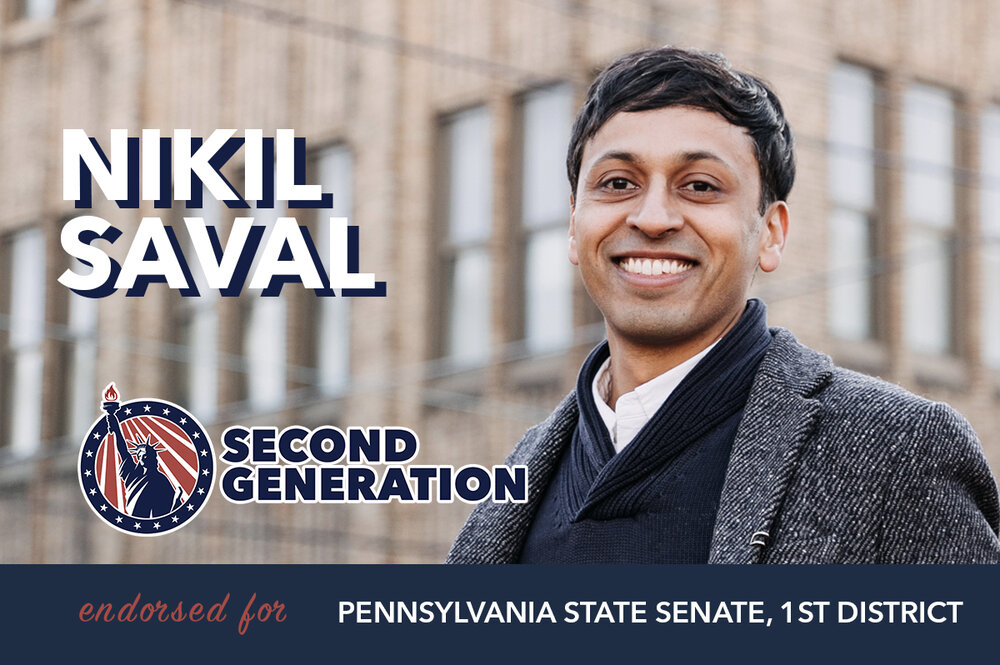 Second Generation, the federal political action committee that seeks to empower immigrant communities in the political process, kicked off its engagement in the 2020 Democratic primary by announcing  endorsements for two South Asian Americans running for state office in Pennsylvania: Nina Ahmad and Nikil Saval, both of Philadelphia. Ahmad is running for Pennsylvania Auditor General. Saval is running to represent the First Senatorial District of Pennsylvania.

Saval, who resides in South Philadelphia, is the son of immigrants from Bangalore, India.  He is an acclaimed author and thought leader on issues ranging from architecture to labor and employment.  A longtime community organizer and co-founder of Reclaim Philadelphia, Saval has successfully built diverse coalitions to advance progressive candidates and issues across Philadelphia.

“Nikil Saval is the leader Philadelphia needs in Harrisburg. I’ve seen firsthand his commitment to racial, economic, and social justice… LILAC Philly is a member-funded socialist organizing group doing local work in the Philadelphia area. LILAC focuses on a range…