Reclaim Philadelphia was founded in May 2016 by former staff and volunteers with the Bernie Sanders campaign in Philadelphia. We launched our first campaign, protesting corporate power and lobbyists within the DNC host committee in June of 2016.

Reclaim started with a group of 35 members and one campaign and has grown into an organization with multiple issue based and electoral campaigns and task forces that are fueled by the engagement of over 300 dues paying members and hundreds of volunteers.

Reclaim Philadelphia is proud to endorse Nikil Saval for the 1st Senate District, with 99% of membership’s vote. His vision and experience fighting for that vision as well as his record of using political power to boldly lead and shift what is politically possible define him as a movement candidate. As a founding member of Reclaim Philadelphia, Nikil was instrumental in shaping the vision and values of our organization.

In his work as a writer he has argued for Democratic Socialism, in his work as a labor and community organizer he has acted on his political values, taking action against injustice and empowering workers and volunteers to demand more from our government, institutions and workplaces. As a ward leader in the 2nd ward he used his political power to push against the status quo – calling out patronage politics and supporting progressive candidates. Nikil’s political vision is grounded in the expansion of human rights to include healthcare, housing, education and family care. 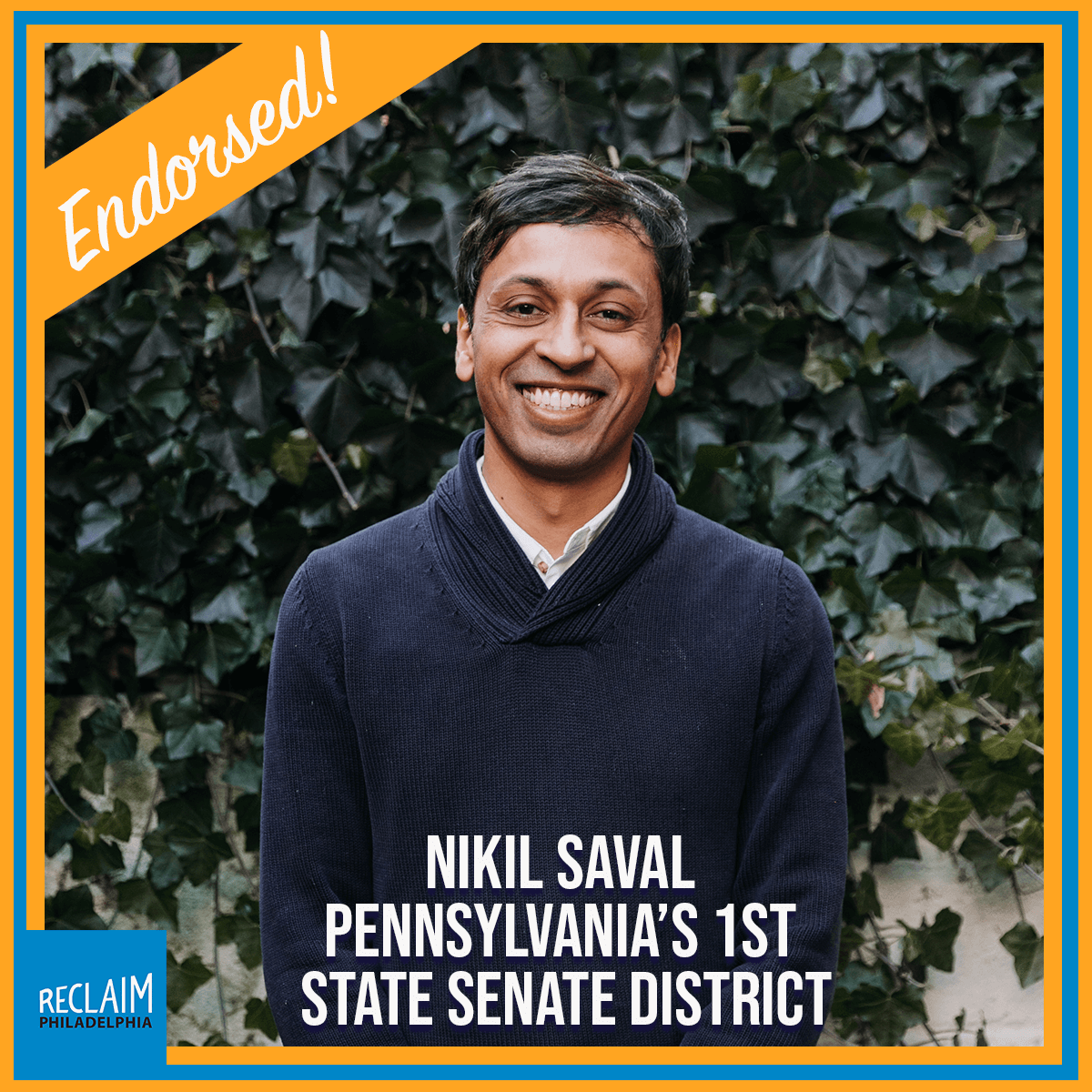 Philly DSA is a local chapter of the Democratic Socialists of America, the largest and fastest growing socialist organization in… Make a contribution today to join Nikil in the fight for a more just Pennsylvania. Nikil is counting on lots… The Philadelphia hub of Sunrise Movement, a group of young people dedicated to stopping climate change and creating millions of good…